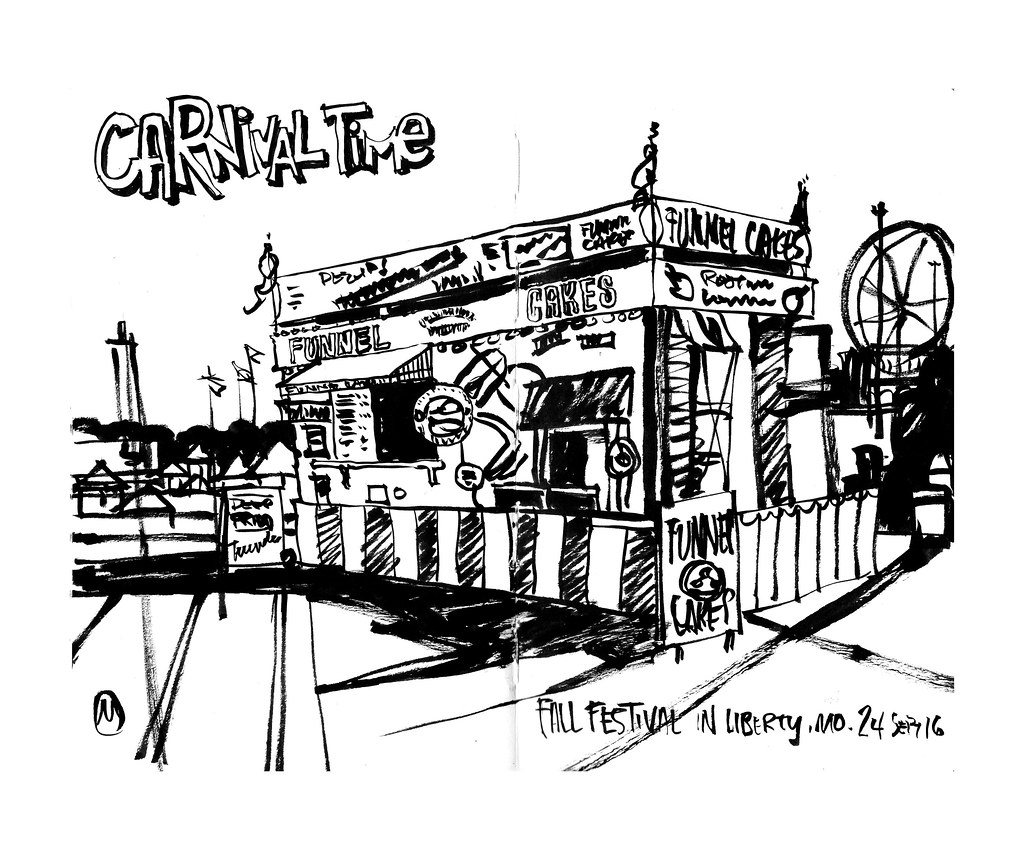 24 September, 2016. It’s that time of year: the weather takes a turn toward the cool, summer is at an end, and the smell of cotton candy and funnel cakes waft in on the breeze as the carnival comes to town. Working in my Canson 180 sketchbook, I quickly drafted this sketch of the funnel cake place. I love the kitchiness of these things – the gaudy color, the sell, sell, sell-ness, the flags and banners and diversity of typefaces…it’s all so typical of carnival fare. And how easily we adults slip back into the days of our youth!

I’d thought to make a full color version of this drawing – something a bit tighter than a sketch. But after cutting out the paper and starting on the sketch, something stopped me. Laziness? Could be. But there’s something a bit earthier, grittier about this black and white that catches my attention. It sort of reminds me of the type of illustration one would find in one of the horror comics published by Warren back in the day. Underneath it all, there’s something a bit unseemly about the carnival. Creepy, even. It feeds into those memories of childhood terrors, the fear of the dark. (Kuretake No. 40 brush pen in Canson 180 sketchbook.)

This is all part of my grand experiment to get out of the studio, forget about the preciousness of art and concentrate upon the energy of gesture, the wonder of mark making, the vitality of being in and of the moment. I’ve neglected the studio easel for quite a while now, but haven’t really missed it much.